Home » Blogs » With the correct gear, the big pike of fall can be had

With the correct gear, the big pike of fall can be had

Big fish of all kinds have a special place in my heart. Whether it’s monster muskies, big walleyes, or hefty catfish, I like to fish for them all. There’s something special about landing a trophy that is forever cemented into your memory. These are the fish that stories are made of, the fish we reminisce about, and the fish that we spend countless hours pursuing. 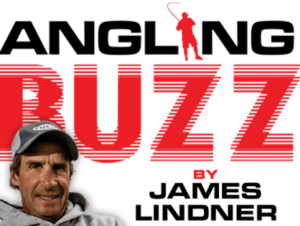 While you can target most species throughout the entire open-water season, there are specific seasonal windows where the odds of encountering a trophy are at their highest. In many instances, some of the best opportunities to track down trophy fish are during the autumn.

While many folks are focused on football or spending time in the woods or a field, I focus my efforts on tracking down trophy fish of all kinds. This timeframe is one of my favorites to chase northern pike and is one of the best opportunities to track down the biggest of the bunch.

Northern pike are a unique sportfish that inhabit most lakes, reservoirs, and rivers across the Midwest and Canada. They have an aggressive attitude, and in general are much less finicky than are other predators.

As it does with many fish species, size plays a big role in fish behavior. In terms of pike, the small- to moderate-sized fish will often exhibit different behaviors and ban be found in different locations than are trophy fish – especially outside the spawning timeframe.

During the spawn, most pike, both big and small, will swim in shallow water. As temperatures reach the upper 60s during the late spring, small- and moderate-sized pike tend to stay shallow, while larger fish will often push toward deeper water in search of cooler water.

This sort of size pattern generally will remain consistent throughout much of the summer months – especially when water temperatures are at their peak. As summer fades to fall, and water temperatures drop back into the 60-degree range, larger pike make a mass push back to shallow water.

These seasonal migrations of large pike are often closely associated with their primary forage species. In many northern bodies of water, the tullibee (cisco) is top forage species. It’s a temperature-sensitive species.

In the fall, some of the top locations that hold these plus-sized predators revolve around large, deep weedbeds. It’s important to note, however, that not all weedbeds are created equal. The best weedbeds for large pike are typically composed of broadleaf cabbage and are located in close to deep, main-lake basins.

Because of the pike’s aggressive nature, I’ve found that a run-and-gun approach is among the most effective ways to target them. Finesse applications don’t generally come into play when it comes to northern pike. They love speed and they love erratic behavior, so I ensure that both aspects are factored into my approach. Long casts followed by quick retrieves are often the name of the game.

If you want to catch a trophy of any species, the fall season will provide you with some of your best opportunities all year. If monster pike are at the top of your hit list, then welcome to primetime.